Italiano
Take a look at my works 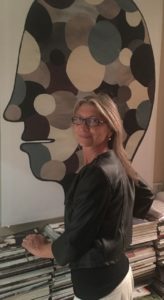 Laura Zeni is a Milanese artist graduated from the Brera Academy of Fine Arts, under the guidance of Raffaele De Grada. Her work ranges from sculpture to painting, collage to photography, with incursions into design as well, in an incessant, tormented but at the same time joyful search for interpretation of the world. The common denominator of this heterogeneous production is mankind, with their solitude and uniqueness, and the continuous introspection that finds its highest point in nature, with its imaginary spirits and magnificence.

Also of relevant importance are the exhibitions at the Fabbrica del Vapore in Milan, at the former Oratorio della Passione of the Basilica of Sant’Ambrogio, at the Galleria d’Arte Moderna in Genoa Nervi curated by Fortunato D’Amico and Francesca Giubilei, a participation in the OPEN 20 Venice (alongside Yoko Ono, Nanda Vigo, Gillo Dorfles, Kengiro Azuma, Igor Mitoraj, among others) during the “Festival del Cinema – La Biennale di Venezia”, and a special project on the occasion of the Matera Capital of Culture 2019. One of her works also became part of the permanent collection of the Portofino International Sculpture Park Museum.

At the Florence Biennale 2021 she presented one of the most appreciated installations in collaboration with Maestro Ercole Pignatelli and the voice of Negramaro, Giuliano Sangiorgi.

She participated in several editions of Fuorisalone, collaborating with the companies Jannelli&Volpi, Wallpepper, Porcelanosa, Facchinetti Design and with well-renowned starred chefs who adopted her creations for their table mise en place.

Abroad she was present in solo and group exhibitions in London in several galleries, at Fiat Chrysler Motor Village UK, in Malmö and Berlin; she participated in the Red Dot Miami Art Week with Le Dame Art Gallery in London and exhibited in a group show at the Onishi Project in New York.

She currently lives and works in Milan, Italy. 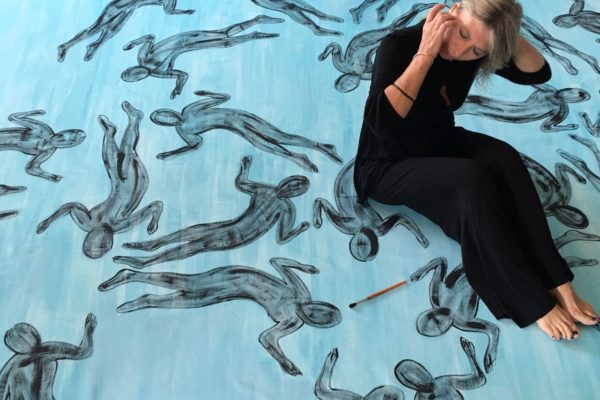